You can fish tuna in different ways, but the variety of methods for professional fishing are limited. The professional fishermen use the same fishing methods in the Atlantic, Indian and the Pacific Oceans.
Each method has its pros and cons and here you’ll find a brief description of each fishing method. In the fishing gear section most methods will be explained more in detail.

The net (of any size) hangs vertically in the water, fish swims head-on into the net. Depending on the size of the fish and the size of the mesh the fish gets stuck. Once the head goes trough the mesh prevents the fish from backing out by blocking the gills.

Gillnet helps the local communities to catch fish quite simple. With large mesh size, it is a selective method of fishing.

Small mesh size and abandoned gear cause massive fish mortality. The control of gillnets is difficult as the net is under the surface. 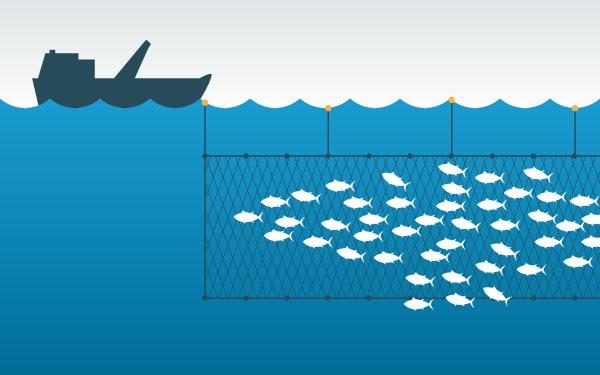 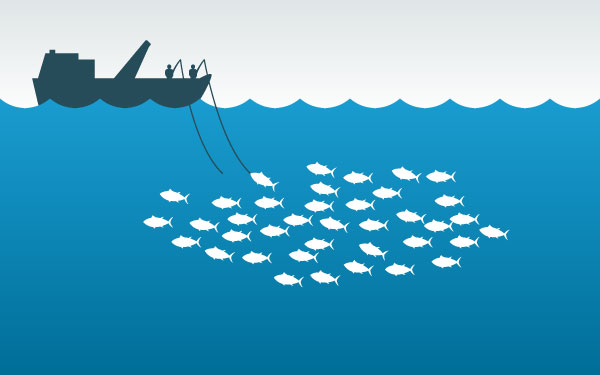 Fishermen, equipped with anglers, will go searching for tuna on a vessel equipped with storage for the catch. After finding a school with tuna, bait (small fish) is thrown in the water to entice the tuna. Since the tuna comes on board one by one, it is selective process. Non-targeted species go straight back in the sea and remain alive.

The use of bait and relative low catch per day

A fishing vessel pulls a long line equipped intermittently with branch lines with baited hooks. The aim is to catch big tuna and freeze it quickly at very low temperatures for the high-end consumer market.

The quality of the fish caught is excellent, once ultra-frozen. It’s a beautiful product.

Even fishing only at a certain depth, the selectivity of this gear is doubtful (always transhipping their cargo at high sea) and no by-catch report.

Seabirds often dive for the bait on the hook and are killed. The number of longliners decreases every year, as it is relatively high in operational cost. 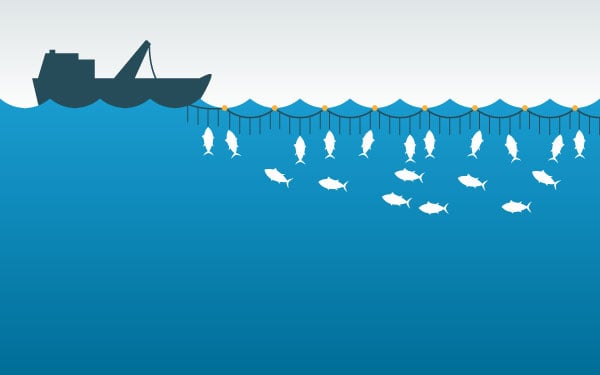 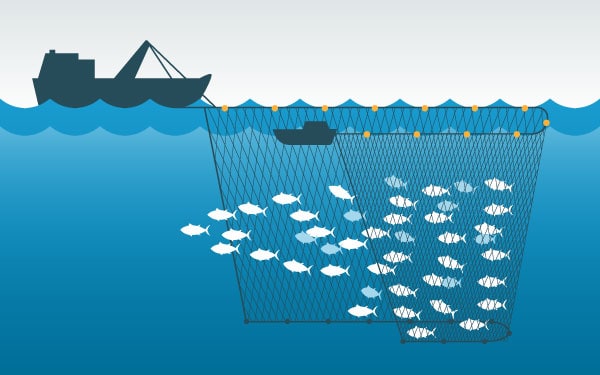 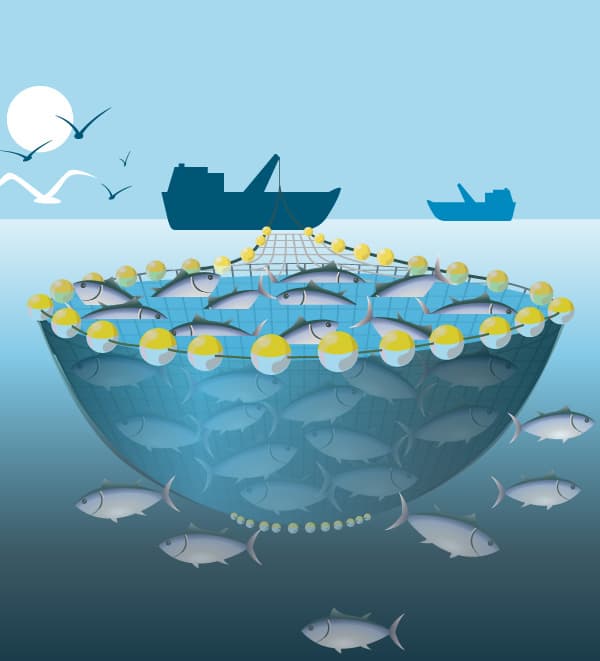 The fishing vessel (purse seiner) puts a net around a school of tuna and closes as soon as possible the net (which forms a purse). There are two operating methods for:

FREE SCHOOL, the vessels spot a school of tuna and proceeds to encircle it with its net. This method is highly selective as long as the skipper understands what kind of fish he’s chasing. The free school fish is adult fish of (mainly) one specie.

FAD (Fish Aggregating Devices)  natural or human-made floating devices, these drift in the sea and move with the sea currents. Fish, especially juvenile fish, are attracted to floating objects. This attract bigger fish in search of food and so finally tuna arrive. A tuna purse seiner which set her net around a FAD knows that the catch will also contain a mix of juvenile Skipjack, Yellowfin Tuna and Bigeye Tuna. A set can be extreme big – 500 tons or more, but a regular set varies between 30-100 tons.

More about FAD’s under the section FISHING GEAR.

This methods enables to catch volumes, which makes it cost-effective and therefore available for a wide range of consumers.

The huge volume is attained at the expense of lots of juvenile tuna, which makes it difficult to safeguard sustainability for the long term. The fishing effort is very high at today’s level, and currently there is no set limit.

HAND LINE and TROLLING are amongst the collection of other gear to catch tuna.

Handline is for catching bigger tuna, which kept onboard on ice, and if possible, sent off to be exported by air to its destined market.

With Trolling, tuna, marlin and swordfish are the target species. In case the caught fish is not the desired size, it can be returned to the sea alive. 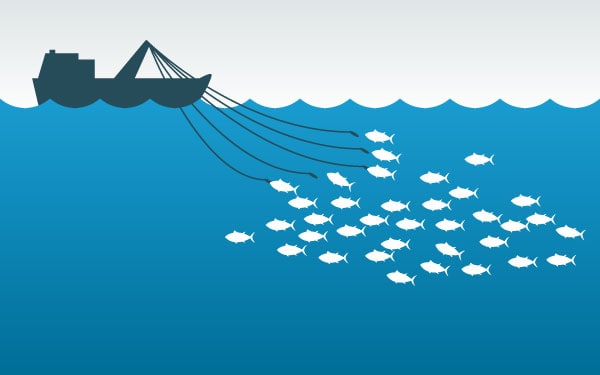